I HAZ ALL THE VOTES

I'm living in the DC area for the summer and am a huge NBA fan. Not having cable forced me to watch the NBA playoffs on the Internet. The Western Conference Finals were hosted on TNT's website where you could vote for a fan cam to follow a player from each team. I wanted to put two unlikely players on the fan cam so I wrote a little program with the help of Selenium WebDriver to repeatedly vote for me. The expected results were for Tony Parker and Kevin Durant to be the leading vote getters. Instead it was to bench warmers. The script is after the jump. 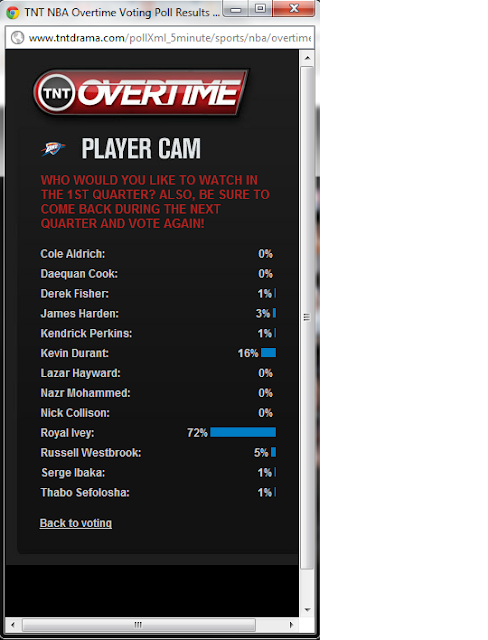 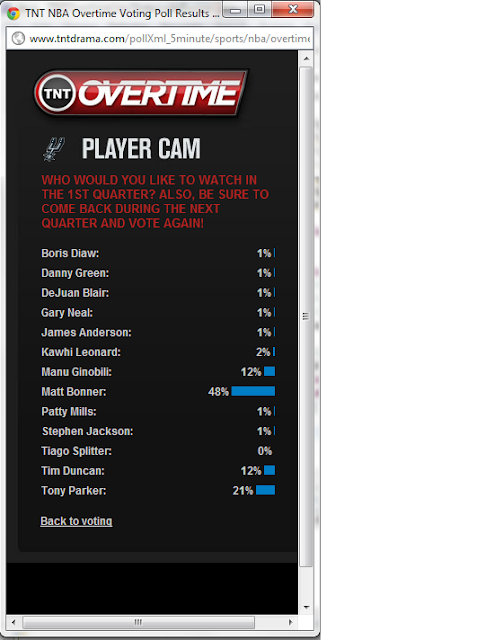 Read more »
Posted by Chuck Woodraska at 2:39 PM No comments: